If it doesn't pertain to metal, fiberglass, wire or fabric—but it is about classic fiberglass Chris-Crafts, ask your question or give your advice here.

Hi Gang:
So how old does Fiberglass have to be to be considered classic?
I am running a 1985 Formula 242LS with the original interior and engine.
Seems a little young to be considered classic, but it is coming up on it's 30th birthday.
Even though I am getting more involved in woodies I have no intentions of getting rid of this one, she was a dream for years and a real pleasure to run.
I also feel that Thunderbird made some of (if not the) best built production boats for the 80's.

When dry rot sets in and you need a new bottom.

I have seen some say as little as 25 years, but most seem to say 35 years so 1978 or older this year. Don't worry though, the 7 years will pass in no time so hold on to and take care of your soon to be classic glass.
Top

PS: You guys are great! It seems you both answer every question I post. THANKS

I'm coming out of my hole in the ground like a groundhog, it is that time of year again! I get preoccupied with projects and sometimes I take a pretty oblong orbit, but wanted to comment on the "classic" comment from a professional designer point of view and also as a dyed in the wool boat nut as well.

I know Herb Pocklington has some thoughts about what makes a fiberglass boat a "classic".
The term is pretty open when it comes to boats and cars too.
For me, AGE is not a determining factor..........as much as style and execution, and I won't speak for Herb but I think he agrees, based on our previous conversations about this topic. 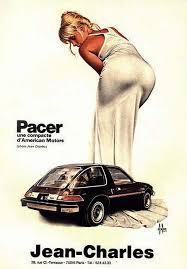 To me an AMC Pacer with a half vinyl roof will never be a classic no matter how many years pass (or how they try to sell it), but I would consider a 1968-1975 BMW 3.0CS to be a classic. Why? because of the classy design; someone obviously took a LOT of time with this one, and it shows.

I think the basis for being a "classic" comes from the word "classy".

If the design is classy and old, then you have what most people will agree is a "classic".
If the design is frumpy or mundane as in the Pacer, or just "aint right", then all you have is "old", and guys, just being old does not make it a "classic", nor does it make it (or us) "classy".

But then you have focus groups, like the AMC Pacer Club (if there actually is such an organization) who may be willing to fight to the death to claim this IS a "classic".

So the same goes (in my ho-hum day in paradise) when it comes to boats.
We often will call a boat a "classic" if it is has enough years on it to be above argument.
If it is a good looking hull then nobody will argue the issue.

However, the "true classic" in my mind is one that has a few years on it and it has exemplary stand-out features, like superb lines, form, proportion, execution, etc. If it is crapped up with a lot of junk, like some of the cars I just looked at for 1975 as a reference (like the Pacer, or the Mustang-II with the landau half vinyl roof), then again all you would have is "old crap" and not "classic", or if pressed, I could agree that you have "classic old crap" or "old classic crap".

In the world of design, where I have lived the last 40 years or so, the design either stands out initially and forever more, and it never ever gets any better with age. It was either well schooled and executed at the time or it was not. Therefore the modern classics we may see now and then that look good today, will likely endure forever.

Fred Hudson, prime designer for the original 38 Commander (I say "prime" giving deference to Bill MacKerer, who is responsible for portions of that design, including the pointed transom) created an "instant classic" with the first 38 Express. It is a beautiful work of art, as stunning today as it was the first time people saw it at the 1964 New York Boat Show, and as stunning as it was the first time I actually saw one in person (not knowing what it was at the time).

You have all seen the 38 Commander Express Fred Hudson designed, I am sure, but just look what Fred did when he left Chris-Craft and put his talent to work at AMC. Pretty awesone huh? !!! This is a 1970 design by the way. 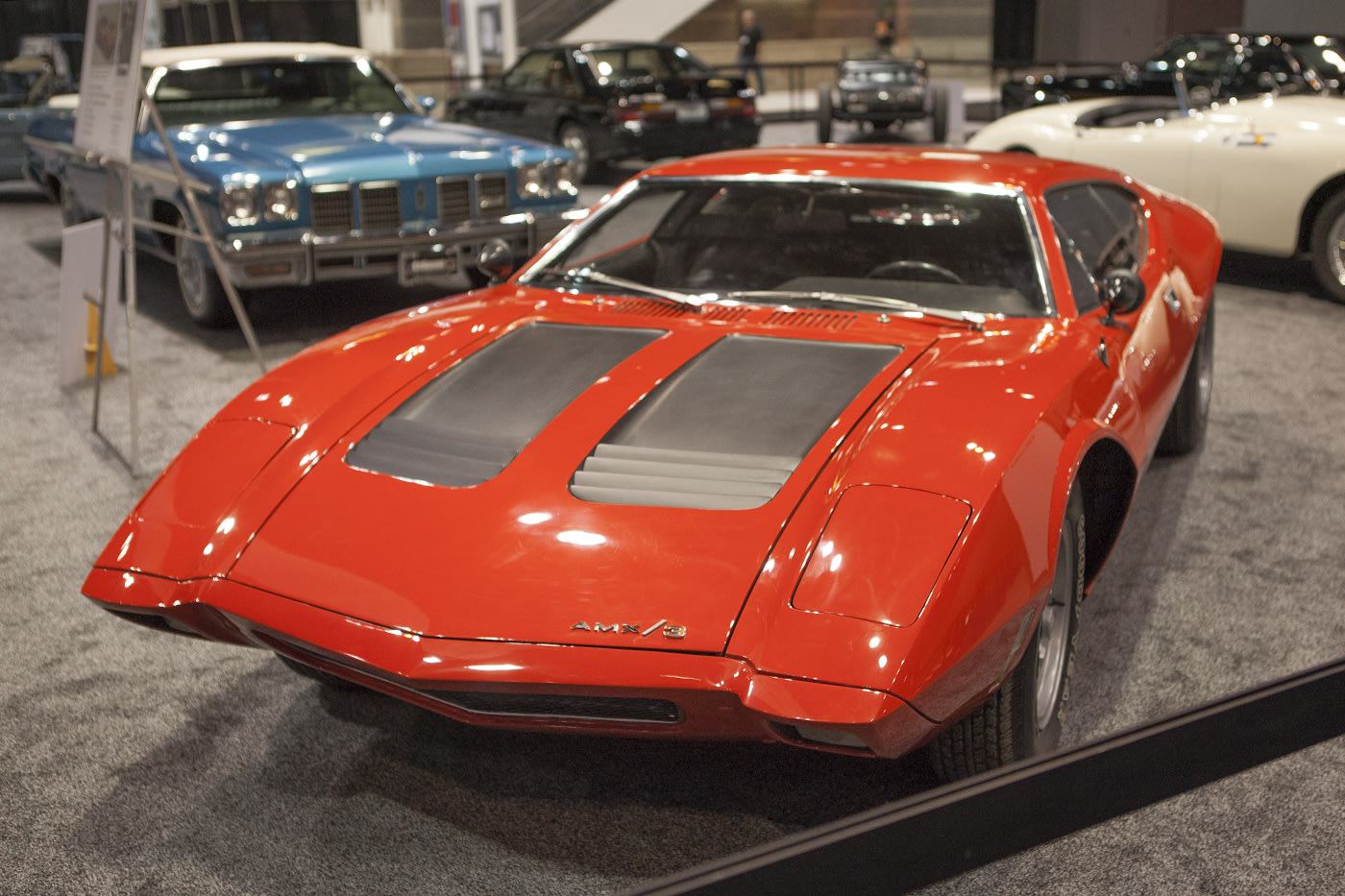 Dick Avery, who worked as a member of Herb Pocklington's team at Chris-Craft, was an exceedingly well schooled and equally talented designer who had a great eye for line, form, and proportion, and was able to combine it with function and engineering. Dick began styling boats as Fred left for AMC to work on the AMX project, and I cannot think of anything he ever penned that would not be considered "classic" today just because everything was so well done. The details were obviously sweated long and hard in order to maintain such a nice standard from one model to the next, and the next, and the next. It is quite amazing, and this is one reason the classic Chris-Craft movenent has momentum today: THE DESIGN, not merely the age.

Back to the 1975 Formula. Personally my focus has been on Chris-Craft Avery designs, so I am biased, but there are some very very very fine designs out there by Century, Correct Craft, and yes Donzi, Thunderbird, Formula, etc. I think the key is whether or not the boat has well-schooled and executed lines (which the Formula does). It is a good looking but more modern version, wider beam, that became quite popular, many were consumed, not sure how many are left especially in good original condition. If you have one, I would resist customization, because that seems to be all too prevalent with fiberglass boats that get some age on them and their value perception decreases. If you take one to a boat show and someone who was active in boating in 1975 sees it in nice original condition, it will take them back to 1975 in an instant. Good luck with it!


thank you for your attention, now may I please have a ladder to get down off this soapbox?

It is nice to get the input from a designer.

Of course the only challenge is the eye of the beholder.

Yeah but is it a classic bath tub?

Of course some of my comments are with a smile and intended to be a little off center, just like me.
Obviously the term "classic" flows a lot faster if something with age is good looking ...... and I will refrain from saying "like me" on that one; pfft, hair is over-rated.

Paul, there is a difference between classic and antique.

Figured I would resurrect this thread from a few years back since Gottago is gonnago to the Sunnyland Festival this spring!

See You in Florida!
Troy in ANE - Former President CCABC

Go back to bed Troy, you have six more weeks of winter!
Top

Did you change you name to Phil?

Are you going to make it this year?
Troy in ANE - Former President CCABC

I love all boat as long as they are "old". In addition to my Gars Woods I have a 1969 Thunderbird by Formula and a 1982 Viking. Old boats require a lot of care regardless of if they are Fiberglass or not. The less cultured (including my wife) always ask why I don’t stop dumping time and money in these ‘old things’ and just buy a new boat. I can only say if you they don’t get it, they don’t get it!

Users browsing this forum: No registered users and 2 guests